← more from
High Water Music
Get fresh music recommendations delivered to your inbox every Friday. 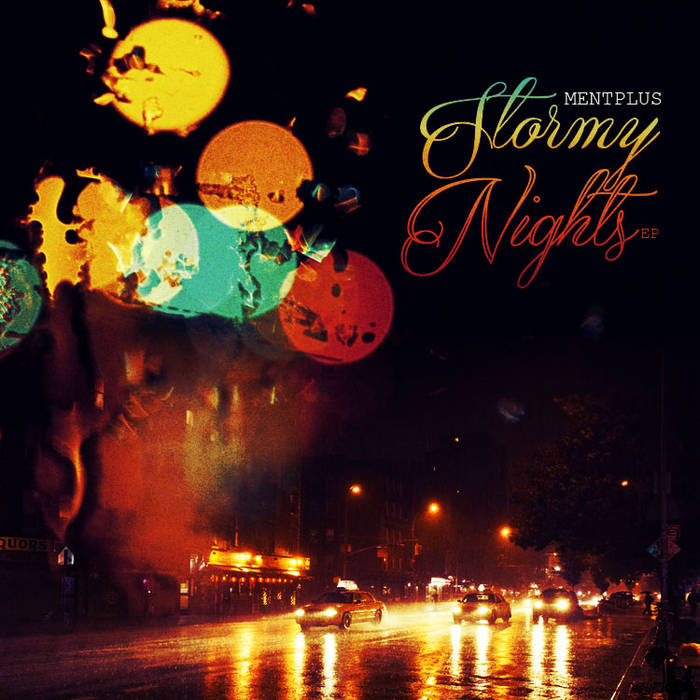 Brooklyn-based deejay and producer MentPlus is excited to announce the release of his debut instrumental EP, Stormy Nights. The 6-track effort gives listeners a variety of sounds that are based on his long history as a beat-battle producer, and party starter in the Tri-state area.

In the past, Ment has relied on emcees to help validate his production, but he’s looking to make music that can stand on its own. “Often times various projects I've created got shelved or lost in the noise because the lack of promotional efforts,” says Ment. “My mistake for years has been waiting in limbo for artists to do something with the beats I send them, but now I’m switching gears. I’m investing in myself instead of holding out for someone else,“ he concludes.

From the brisk opener, “Whispering” to the J Dilla inspired slapper, “Dillacation,” Nights celebrates Ment’s focus on becoming an instrumentalist. Inspired by the likes of The RZA, Diamond D, DJ Premier, Madlib, and Flying Lotus, the EP serves as a commencement of his revived musical direction.

When he was crafting the EP, MentPlus wanted to add his own sound into the fold. “There’s a lot of producers who want to make songs without words, but I’m trying to establish myself as an instrumentalist, a producer, and a deejay. Stormy Nights is my way of conveying my own sound while giving everyone a beat they can really sink their teeth into.”
MentPlus’ goal with Stormy Nights and the rest of his work are centered on supporting local talent; he also wishes today’s acts experiment with the tools used by the greats instead of relying on new technology. “Vinyl is forever, whereas your hard drive will probably crash. If you master the fundamentals, you’ll never worry about the fads and trends that that’ll come up.”

The project has already caught the attention of various tastemakers in the music industry and will be released through High Water Music, on September 23. The EP will serve as a prequel to a full 20 track instrumental LP, set to drop shortly after. If you hear a track that blows your speakers or has the whole crowd going crazy, know that MentPlus is behind it.

All Tracks Produced and Written by MentPlus
Executive Produced by SUCE (Sucio Smash) and MentPlus
Mastered by: Will Lewis at Red Bird Music

"I stay up late hit the crates and create"